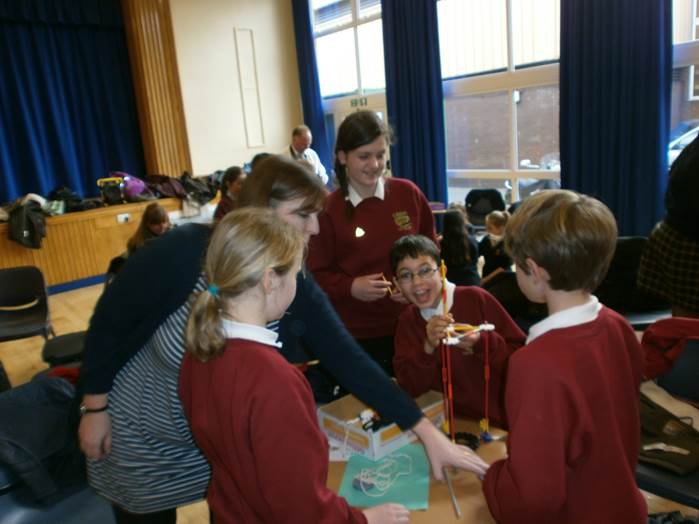 On Tuesday, Ravi and Orla (Year 6) and Raphaella and Daniel (Year 5) represented St Matthews in the K’nex Challenge event. The event was open to Year 5, 6 and 7 children from the Kingston area. 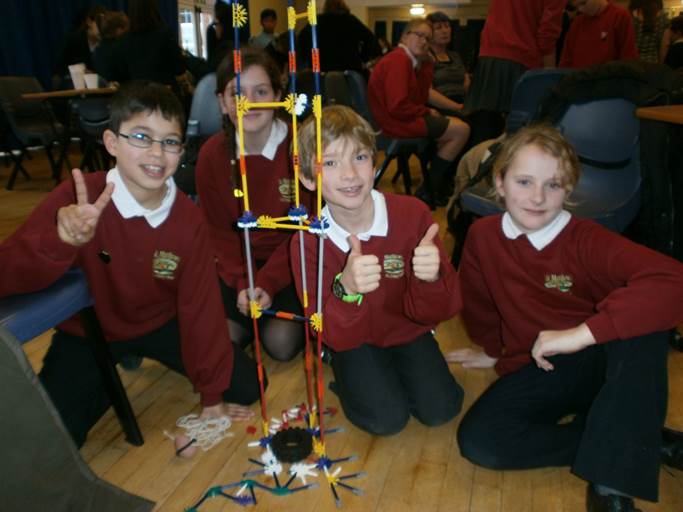 There were 21 teams in total and we were all given the same materials – a bag of K’nex and a piece of string!  Each team’s bag was identical.

The children’s brief was to build as tall a structure as they could which would lift a rubber egg off the ground to the top of the structure without the structure collapsing.  In addition, the children were not allowed to tie the string directly around the egg.

The children worked very well together as a team and initially talked about how they might build their structure and how they were going to lift the egg.  Finally they decided on building a triangular tower.

The competition was very fierce and at one point our team was in the lead but our team finally came a very commendable third place out of 21. The children had a lovely time and realised that what initially looked like a simple task, needed skill and team-work to be successful.